Where to Eat, Shop, Play, and Stay in St Petersburg

The ideal weather allows for a variety of fun activities in the sun such as, golfing, fishing, boating, and the infamous BEACH DAYS.

Beautiful St Petersburg FL is located south of Tampa on a large peninsula between Tampa Bay and the Gulf of Mexico. It is surrounded by some of the prettiest water in Florida. 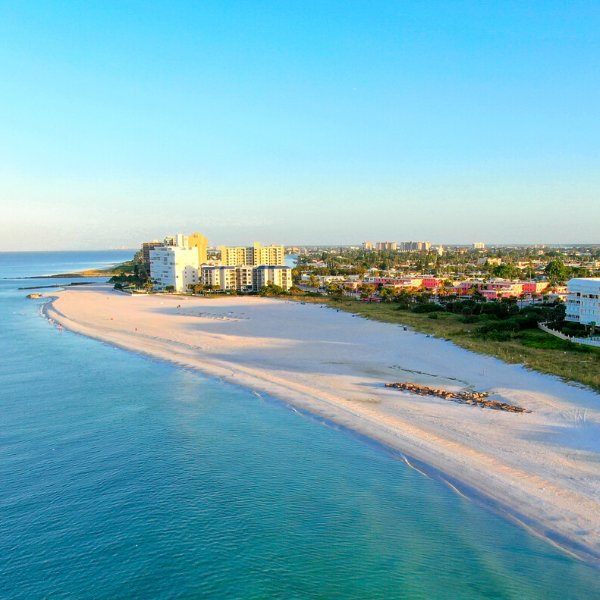 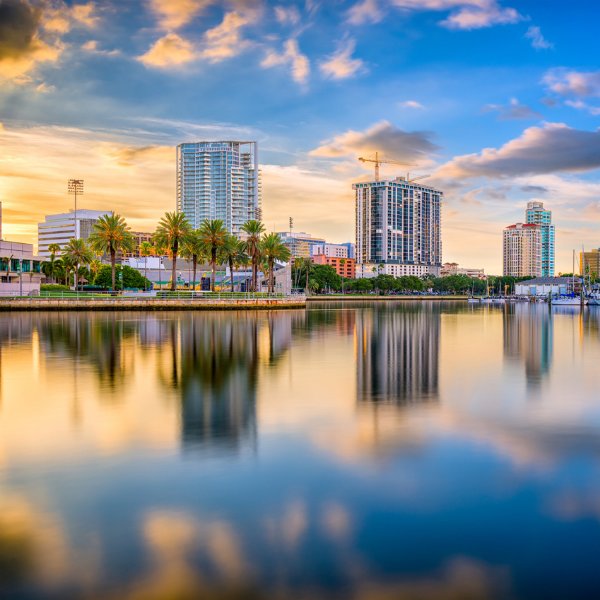 Things to do in St Petersburg

To sizzle up your vacation consider booking during these unforgettable events!

Where To Eat And Shop

Where To Find Vacation Rentals In St Petersburg FL

You're in luck! You can find vacation rentals right here on Florida Rental By Owner (FLARBO)! Our rental listings are 100% managed by the property owner or manager. Ditch the pesky third-party fees and interference - no middle man (Or woman) here!

Do you have questions about St Petersburg Florida, or need help planning your trip? Join our Clearwater Beach-St Petersburg Travel Facebook group here

How To Get To And Around St Petersburg FL

Tampa International Airport is 21.8 miles (85 km) away from St. Petersburg Beach. This route usually takes around 24 minutes. This airport is served by over 20 major airline carriers.

St. Pete-Clearwater Airport is located midway between Tampa and Clearwater Beach. It is 12.4 miles from St- Petersburg, which is approximately a 24-minute drive. It is a destination for low-cost carriers. The main airline carrier is Allegiant Air. PIE is less busy than Tampa International Airport and is frequently used by pilots of private planes and executive jets.

Orlando International Airport within the city limits of Orlando. Travel time to St Petersburg is 1 hour and 37 minutes (106.7 miles). It also has a hotel on-site for late-night arrivals or early departures. This airport is the second busiest in the state of Florida and services 39 airline carriers. in addition to U.S. and Canadian options, it is the best option for European flights.

For those driving in, consider driving from these closer states;

Having a car will give you much more freedom to come and go as you please. There are also lots of local restaurants to explore, not to mention the endless attractions and shopping!

If you want to go car-free read on!

Transports people to the downtown area destination on a daily basis to Sundial, Vinoy Hotel, and many museums located around the city. The ride is only 50 cents and drops off people where they want as long as it's on the route.

Choose an electric scooter from either Veo (stand-up scooters) or Razor (sit-down scooters) in locations throughout the downtown area. Simply download either the Veo or Razor app on your smartphone to "unlock" your scooter, pay, and learn about local scooter guidelines.

Use pedal power to get around and don't worry about the gym while you're on vacation. There are many bike rental shops that rent by the hour, day or week.

The wet season stretches from June through September, but often the rain is a short event and the sunshine returns

Answers to the most frequently asked questions.

Is St Petersburg FL a good destination for snowbirds?

With St Petersburg's year-round warm weather it's a great place for snowbirds. Use Flarbo's filters to find great monthly or longer stays, perfect for snowbirds.

While dogs are not allowed on St Petersburg beaches there are multiple dog parks and dog-friendly preserves, some with beaches. Most restaurants with an outdoor dining area welcome dogs, some even have a menu just for dogs!

Are there pet-friendly vacation rentals in St Petersburg?

Yes! Use Flarbo's filters to show only pet-friendly St Petersburg vacation rentals and bring your best friend on your vacation

Will I pay any fees to book a property on Florida Rental By Owners?

You're in luck! You can find vacation rentals by owner right here on Florida Rental By Owner (FLARBO)! Our rental listings are 100% managed by the property owner. Ditch the pesky third-party fees and interference - no middle man (Or woman) here!

I am a Vacation Rental Property Owner Can I List My Home for Rent on Florida Rental By Owners?

Yes! We have several subscription levels to advertise your vacation rental suitable for any budget. Our Book Direct, No Commission Fee Subscription Model suits the majority of short-term rental owners, learn more here.